Thanks to Career Online High School and McDonald’s Archways to Opportunity Education Program, He is Now Pursuing a Post-Secondary Degree in the Food Industry

Working at McDonald’s is a family affair for the Wests. Daniel West and his wife are employed at the same restaurant, and met in the fast food industry nearly 20 years ago. They have been married for 15 years and have five children under the age of 12 together.

Daniel dropped out of school to work when he was just 15 and in 10th grade. It is something he has always regretted. He eventually joined the Job Corps, and then enlisted in the military where he proudly served our country for three years in the army infantry. He had his first child at age 19.

“If I could go back and do it all over, I would have definitely stayed in school. I preach to my kids all of the time the importance of an education. It makes a world of difference. It’s a lot harder to go back and get it done when you’re older and balancing school with a family and a career,” he said. 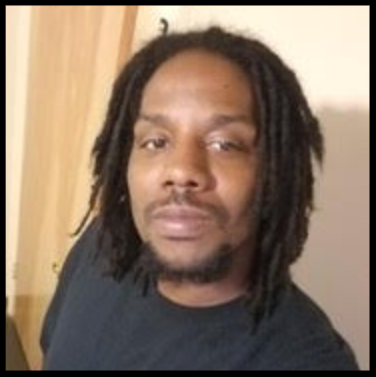 Fortunately, he found a program that allowed him to do it all. Daniel said he originally planned on earning his GED, but when he saw an Archways to Opportunity brochure about earning a high school diploma through Career Online High School in the McDonald’s break room he knew it was time to act. The program was accredited, online, competency-based, and offered support services for adults going back to school after a long hiatus. And McDonald’s covered 100% of tuition. The owner of his McDonald’s restaurant was very encouraging and helpful, and signed off immediately.

Daniel brought his laptop to work with him and says that McDonald’s management helped him prioritize and balance his education. “The owner of the restaurant was really understanding. He encouraged me to study before work and on my breaks. And my night manager allowed me to squeeze in extra school time when I had completed my work and the restaurant was slow.”

The fully online program offered him the flexibility to earn his diploma on his schedule. “I could complete the courses on my own pace and time. It was really convenient,” he said. “I liked everything about the program. I learned a lot.”

Daniel earned his diploma from Career Online High School in less than a year by transferring in previously earned high school credits. He also earned a career certificate in office management, which taught him professional and business skills he could use on the job. “I gained organizational skills and time management skills. I learned about working hard and accomplishing goals. And I became efficient at tasks and didn’t just rush through—what I call ‘working smart.’”

Daniel is now enrolled in Nashville State Community College, on his way to earning an Associate’s of Applied Science in Culinary Arts. He plans on staying in the food industry and with his degree, he would like to work his way up to management. He is thankful to the program that enabled him to finally reach his educational goals.

“I feel loyal to McDonald’s,” he said. “McDonald’s has done a lot for me.”

Daniel credits much of his success in earning his diploma to the extensive support he received between home, work, and school.

“I had a great support system, but I definitely had to pull myself together to make it happen. I had to be organized. I had to manage my time better. And I had to work hard. Thankfully, I have a very understanding wife, and my kids knew how important it was for me to move forward in my career, to be a good role model for them. Now they see me studying and they say, ’Daddy’s doing homework!’”

Education has always been important to the Wests, and Daniel has emphasized that to his kids. As a youth, he was the only one in his family not to graduate high school, and he doesn’t want his children to repeat his mistake. So far, so good: He’s proud that his oldest son, one of three children from a previous relationship, is going into the National Guard and then on to college.

“I wanted to practice what I preach. And now I finally can,” he said. “It’s important that people know that no matter how old you are or what your situation is, it’s never too late to go back and complete your education.”

About McDonald’s USA
McDonald’s USA, LLC, serves a variety of menu options made with quality ingredients to more than 25 million customers every day. Nearly 90 percent of McDonald’s 14,000 U.S. restaurants are independently owned and operated by businessmen and women who are independent employers, and set their own employment policies and practices, including pay and benefits for the people working in their restaurants. McDonald’s does not control the independent franchisees’ employment policies and practices and does not employ those working at franchised restaurants.  The benefits described here are available at McDonald’s-owned restaurants and the restaurants of participating franchisees. Customers can now log online for free at approximately 11,500 participating Wi-Fi enabled McDonald’s U.S. restaurants. For more information, visit www.mcdonalds.com, or follow us on Twitter @McDonalds and Facebook www.facebook.com/mcdonalds.

About Career Online High School
Career Online High School was developed in 2012 through a partnership by ed2go, a division of Cengage that provides students with online continuing education and career training, and Smart Horizons Career Online Education in an effort to provide affordable, career-based online education opportunities for the millions of adults in the United States without high school diplomas. Visit careeronlinehs.org for more information.